Part of CCMoA’s Spring focus on caring for our environment and on healing our natural environment on a global level.
Opening Reception: April 5, 5:30-7:00pm

There were over 720 pieces of art submitted from over 30 states across the country. Of the 720 submissions reviewed, the juror selected 56 works from 56 artists in 18 states. Go to my Blog to read Mark Adams Juror's Statement. Here is my interpretation of the theme:

WARNING STRONG CURRENTS: The concept of global warming was created by and for the Chinese… Donald J. Trump Nov. 6, 2012.

WARNING STRONG CURRENTS: President Trump withdraws the U.S from the Paris climate accord stating, I was elected to represent the citizens of Pittsburgh, not Paris. 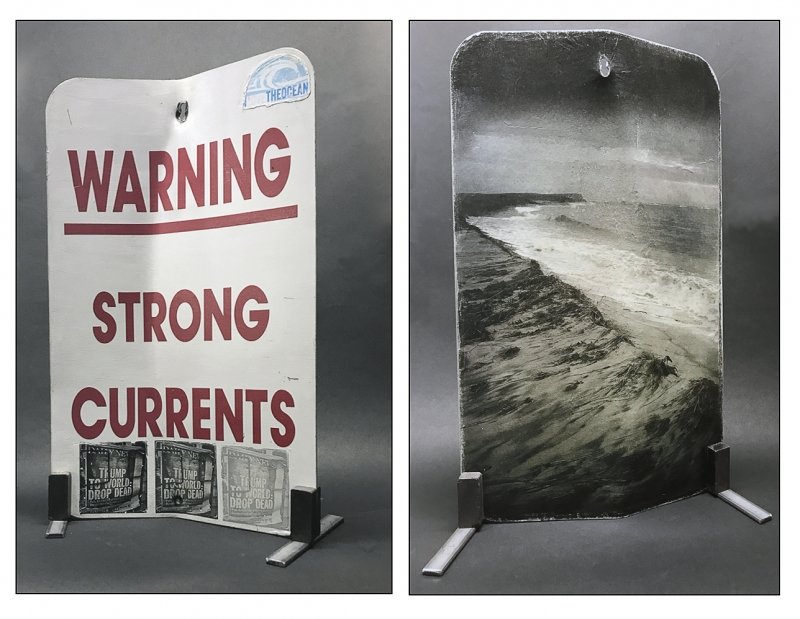