Every Which Way, NYC: Hipstamatic is my favorite iPhone app because of its aesthetics to film photography. I shot a series of photographs from a taxi using multiple exposures to add subtle layers of space-related information. The giant sculpture of Atlas suggests the past as a point of reference to the human activity on the street. This image was juried into Looking Ahead: First Annual Museum Members' Exhibition at Cape Cod Museum of Art. November 26, 2016 - January 29, 2017.

Lost Because of Art: The most important thing in the museum (is) that you get lost because of art. Art is an emotional experience. As an architect what we have to do is create (a) place where that emotion becomes more intense. Whitney Stories: Renzo Piano—You Tube

In the Meatpacking District—sandwiched between the Hudson River and the High Line—the new Whitney Museum of American Art opened in May 2015. On the sixth floor, I viewed an exhibition of over two hundred works: Human Interest: Portraits from the Whitney’s Collection (April 27, 2016-February 12, 2017). Within the vast interior of the new building, I photographed a man studying Charles Ray’s “Puzzle Bottle,” a carved self-portrait figure within a corked bottle. Ray questions the relationship of an isolated figure to the confined space of a bottle. In my photo, the seated viewer appears to be lost because of art. Multiple exposures of other portraits within the gallery add subtle layers of space within space, within space, within space… .

Bob Korn: I recently met with Bob Korn at his studio Bob Korn Imaging: 46 Main Street, Orleans, MA 02653. I TOTALLY agree that my portrait work suffers from over sharpening. I want my printed work to be as good as it can be. There is no better master digital printer...even if I view him here as a "split-personality". 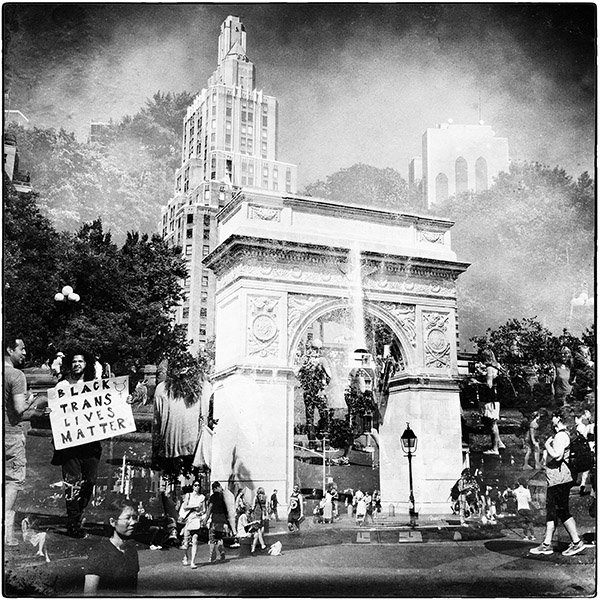 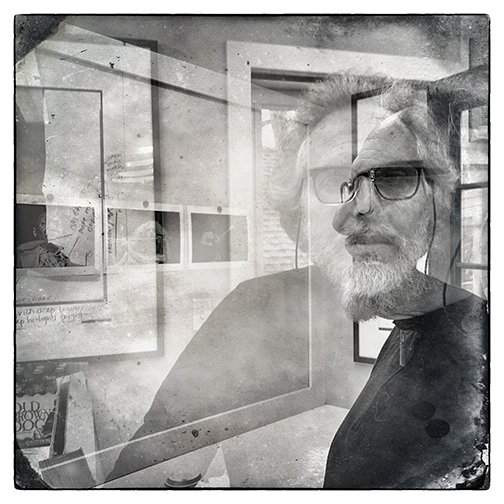