CHATHAM—A little bit of Italy will be coming to the Chatham Orpheum next Thursday, April 28 with an original show of photographs of Sicilians and the1990 Academy Award-winning film “Cinema Paradiso.” Barbara Ford Doyle of Chatham will introduce the film and also speak about the14 arresting black and white photos of Sicilians she captured on the streets of Taormina, Sicily last fall.

“They were so open and so willing to let me invade their privacy,” she said last week in a telephone interview about her subjects. Doyle’s “I Siciliani” will be on display in the Orpheum through the end of May.

Doyle flew to Sicily to study Italian for a month. A well-known photographer in Chatham, she asked herself, as she began her stay in Sicily, what was catching her eye. In Tuscany, it had been late season images. In Sicily, first she thought she’d photograph the tourists. Then, “I was looking at people working there. Their faces became more interesting to me.” On her walk to and from her total immersion school each day, she stopped people in the street and asked them if she could photograph them. No doubt her Italian language skills aided her in approaching her subjects.

To make herself less threatening, she used her iPhone 6S instead of her big single lens reflex camera. “Everybody in Italy has an iPhone, so it was much less intrusive to approach people with this device,” she says. “With the iPhone it was all set up, I could spend more time introducing myself and asking permission, and then clicking off as many shots as I could.”

Once her subject consented to be photographed, she’d pose the person in front of a shaded stucco wall and ask them to stare straight into the camera’s lens. The results are intriguing and oddly revealing.

Here is Georgio with his newspaper and his reading glasses. You see a 70- something man who wants to keep up with the news.

Here is Giovanna in her apron over a black dress. Do all Sicilian women wear aprons in the street? Or has she just dashed out to the market, mid-recipe, for another onion?

Andrea and Salvatore are two police on the beat. Gabriele is a teenager in a band uniform, holding his trumpet. And where is the rest of the band? Here is Mario, fleshy, with a poodle in a dress or jacket draped over his right arm and a cigar in his mouth. And here is Eleonora, clasping the hand of a boy we take to be her young son Giuseppe.

“I keenly observed faces that I wanted to photograph and therefore had to approach strangers, ”Doyle says. “In the case of Graziana, I backed off initially—she was busy acting as her sister’s maid of honor—only to be rewarded later by her willingness to let me take this wonderful shot. One look at her face tells you how gentile she is.”

Because the photos are in black and white, they acquire an out-of-time aspect. Was this 2015 or 1950? Not much gives us a clue. Even Carlos, holding his iPhone, seems timeless.

With the iPhone 6S Doyle uses the app Hipstamatic, which has been described as a part of a retro trend in photography. Hipstamatic allows a person to shoot square photographs and ultimately makes the images look as though they were taken with a film camera. In Doyle's hands, the effects are pleasing.

“I like black and white,” she says. “Color is a distraction.” For example, one of her subjects, Alessandro, was wearing a  “screaming bright blue suit.” In black and white, the suit came out gray.

Doyle’s method makes her think back to Richard Avedon’s 1985 photographs “In the American West" — posed photographs in an open-air studio. In an artist’s statement, Doyle notes that her digital images are neither studio shots nor candid street shots. “I did interact with my subjects, and that was the point,” she writes. “And by luck, I made a few memorable photographs.”

Doyle majored in art in college, and taught art in the public schools of Connecticut and then at Dennis-Yarmouth High School for many years. For nearly 25 years, Doyle was known for her 12-month art calendar, which she recently discontinued.

“Cinema Paradiso,” with its heavy nostalgic component, is the perfect ﬁlm to show with Doyle’s photographs. Directed by Giuseppe Tornatore, the 124-minute ﬁlm tells the story of a famous ﬁlm director returning to his childhood village in Sicily to attend the funeral of his mentor. And by the way, in the scenes shot outdoors in Sicily, you will see everywhere the stucco walls against which Doyle posed her subjects. 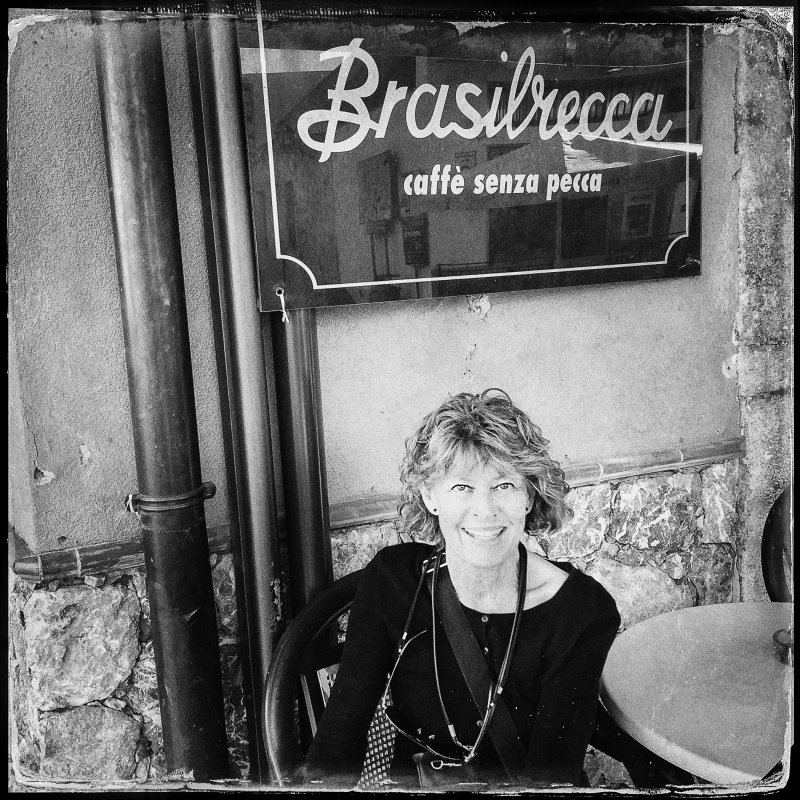 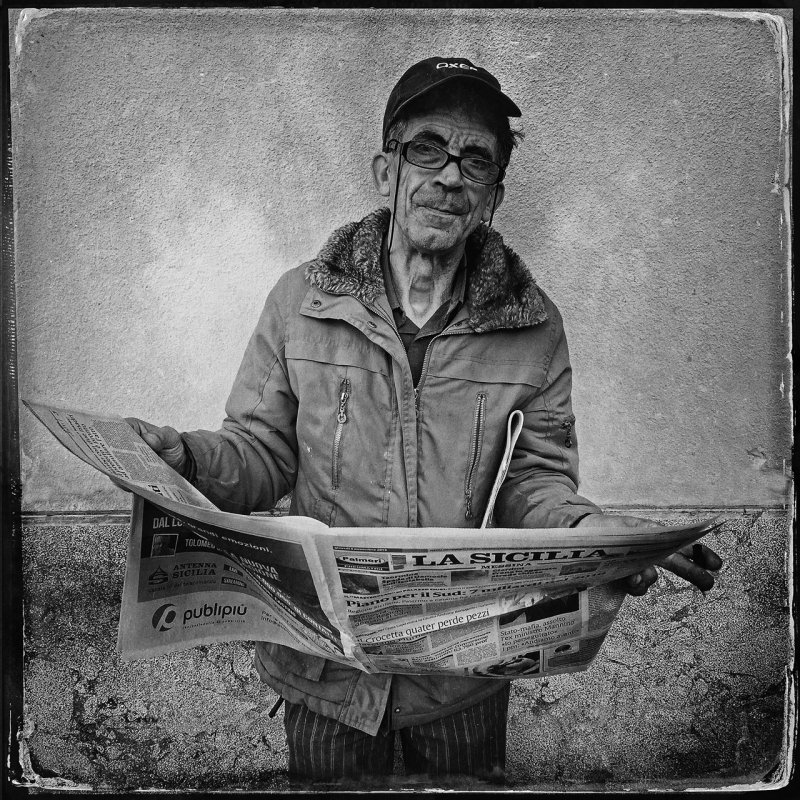 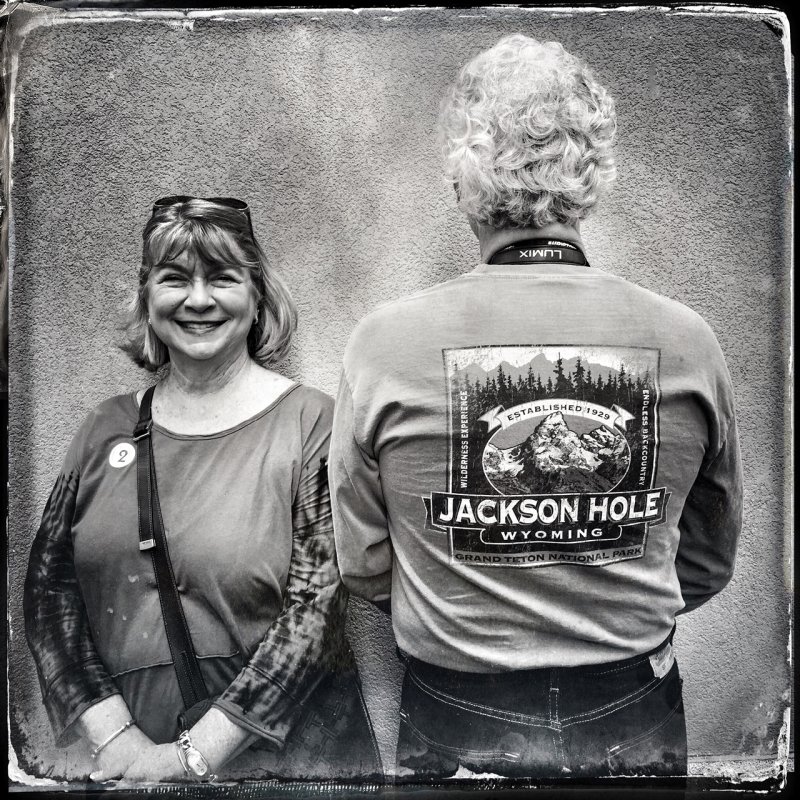 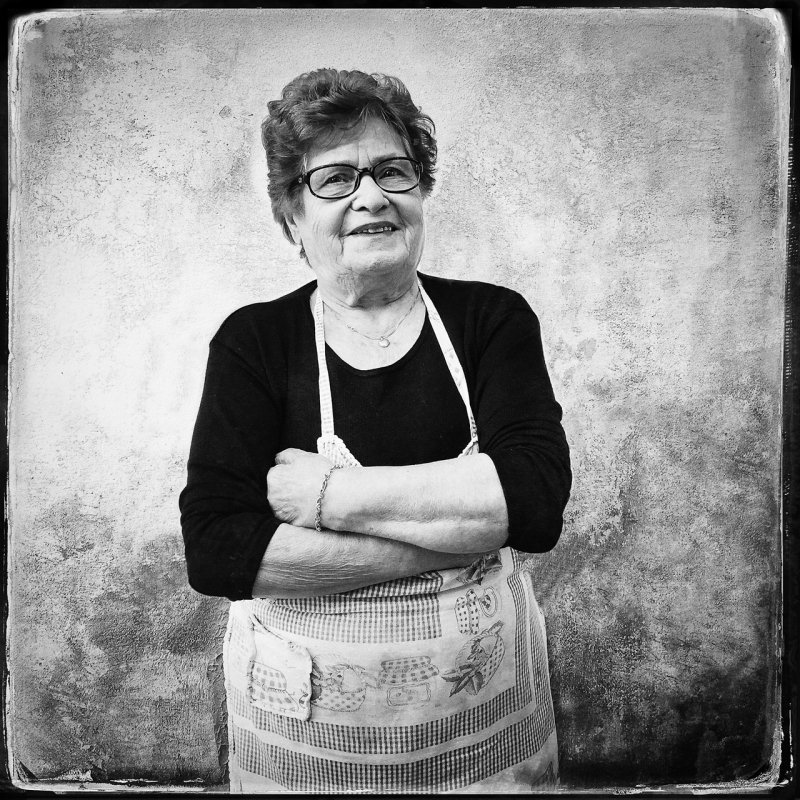 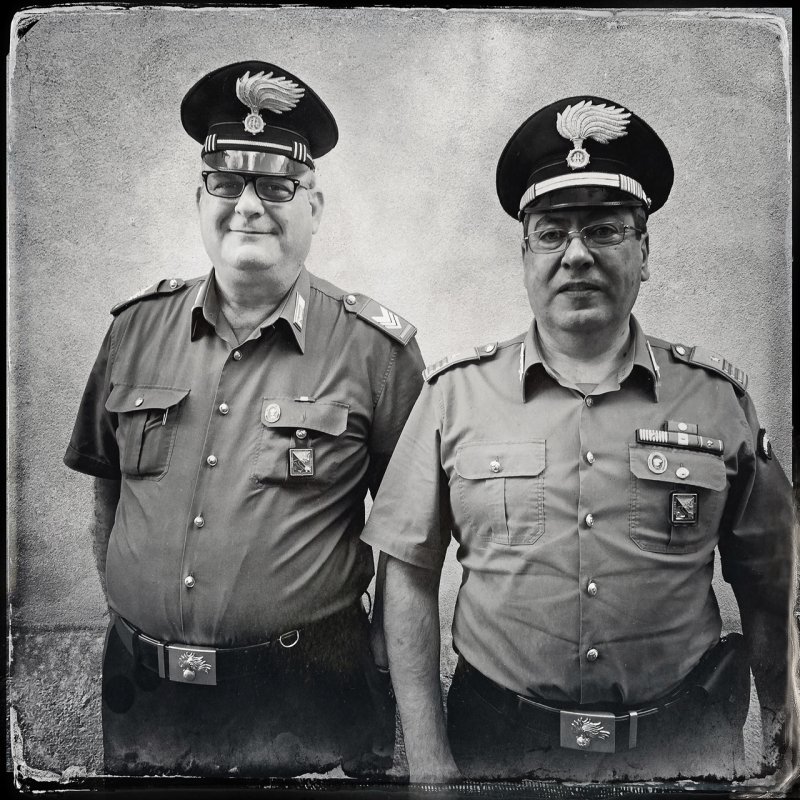 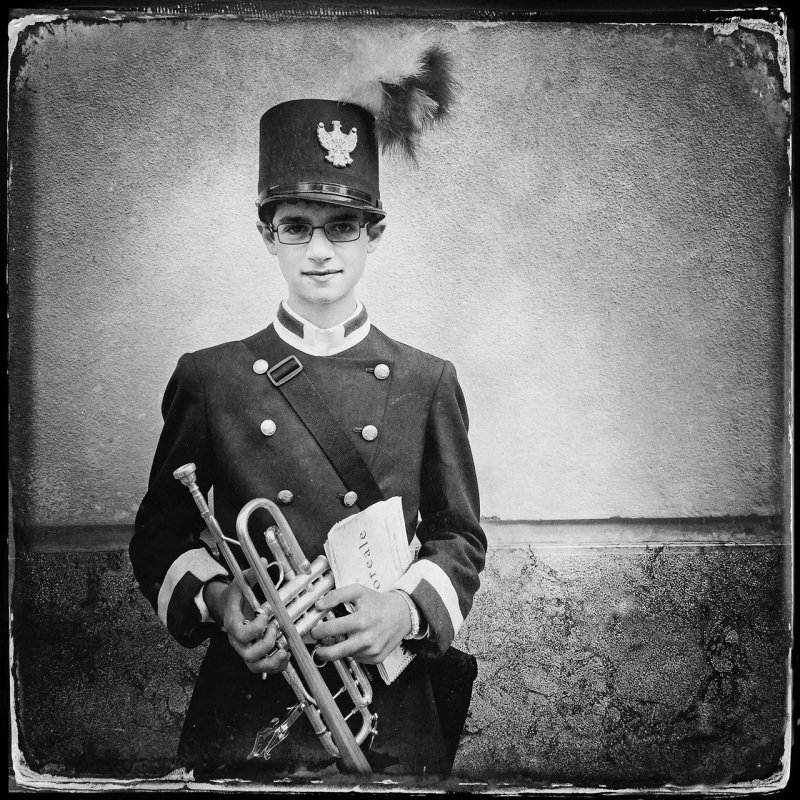 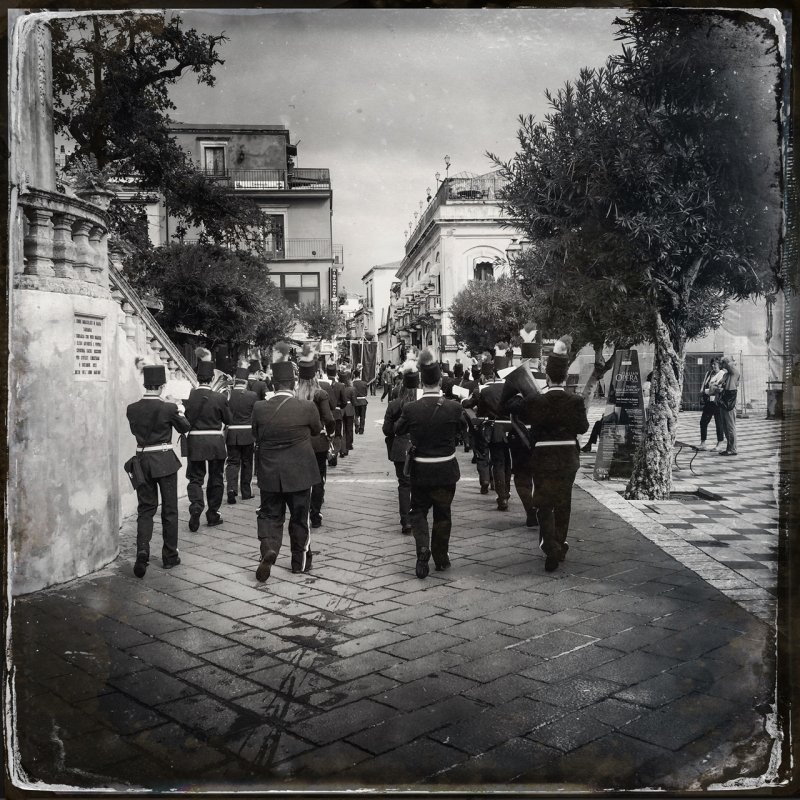 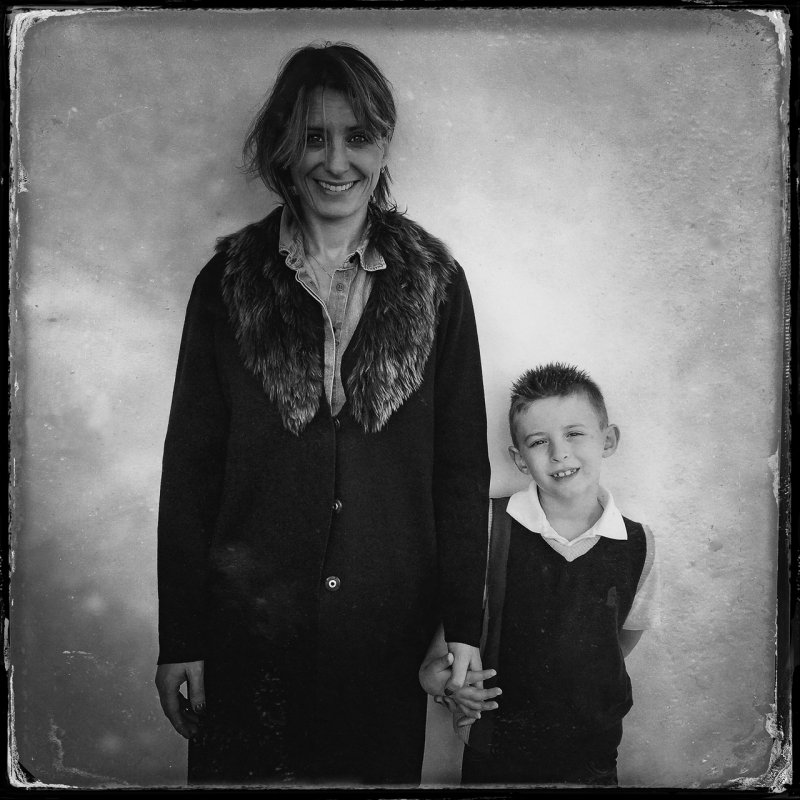 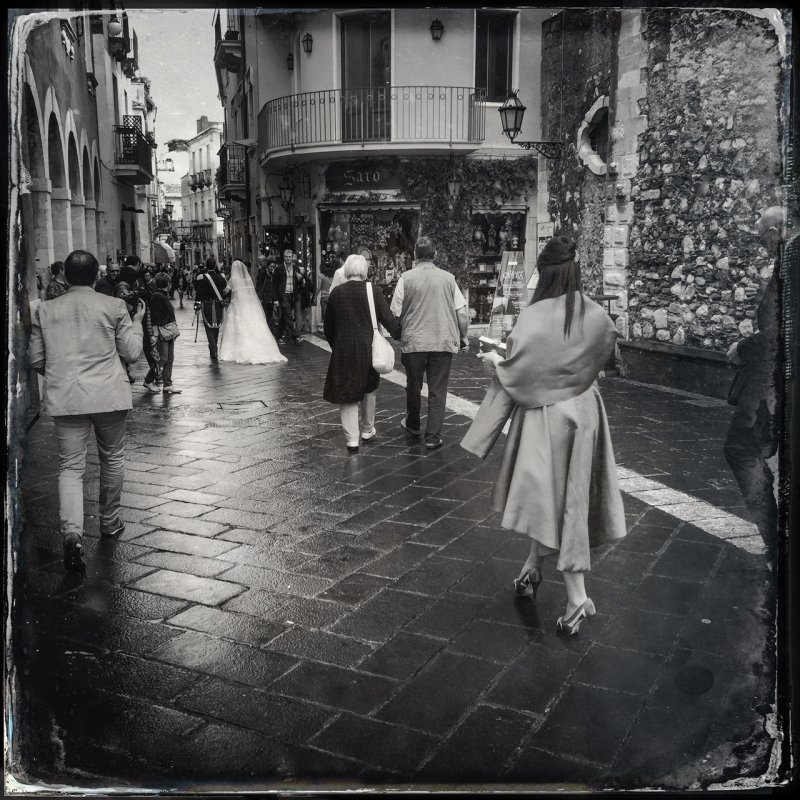 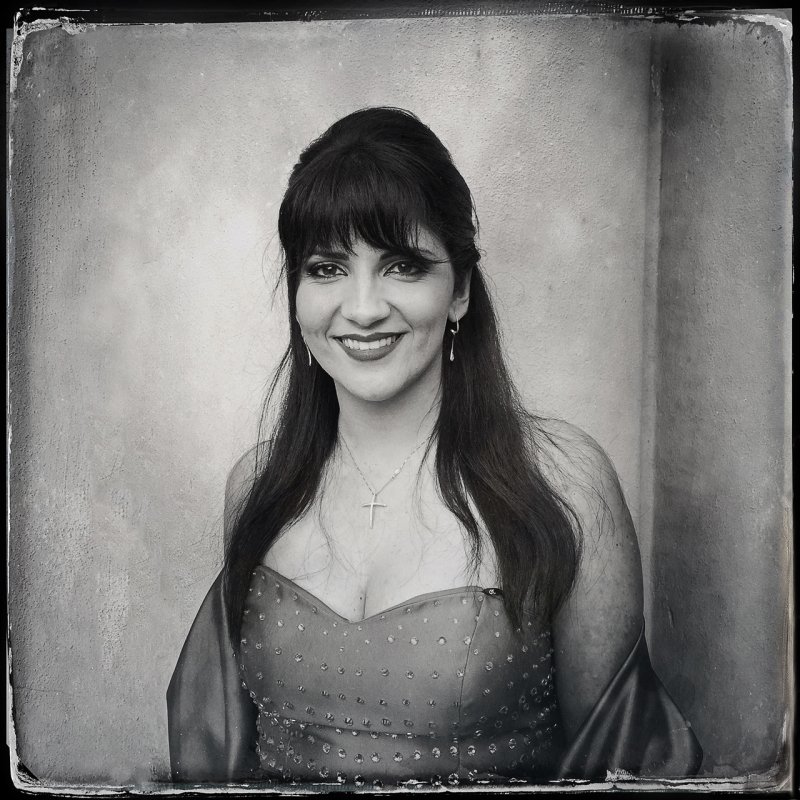 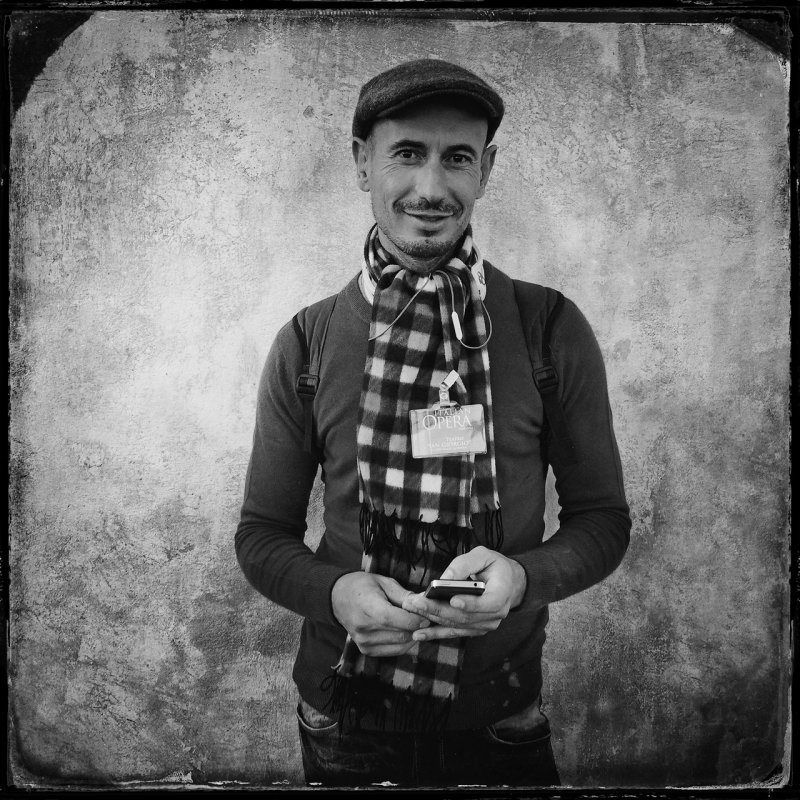