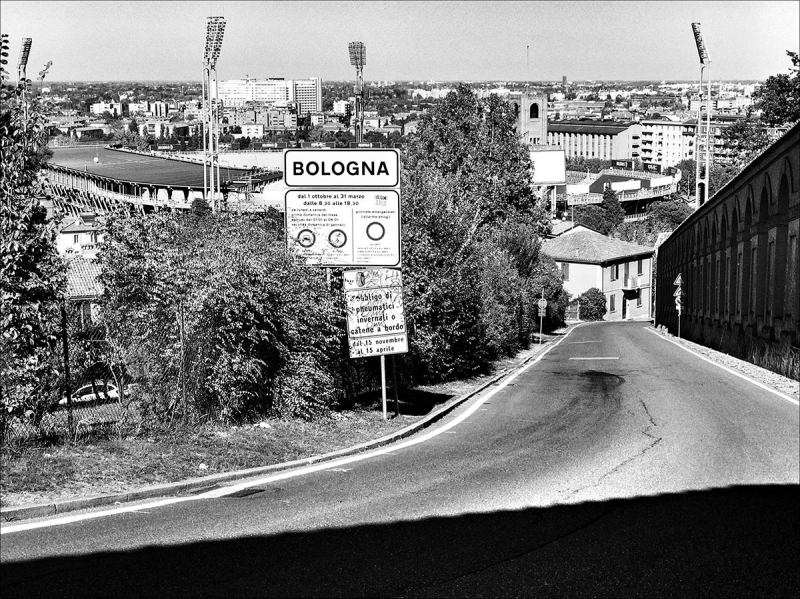 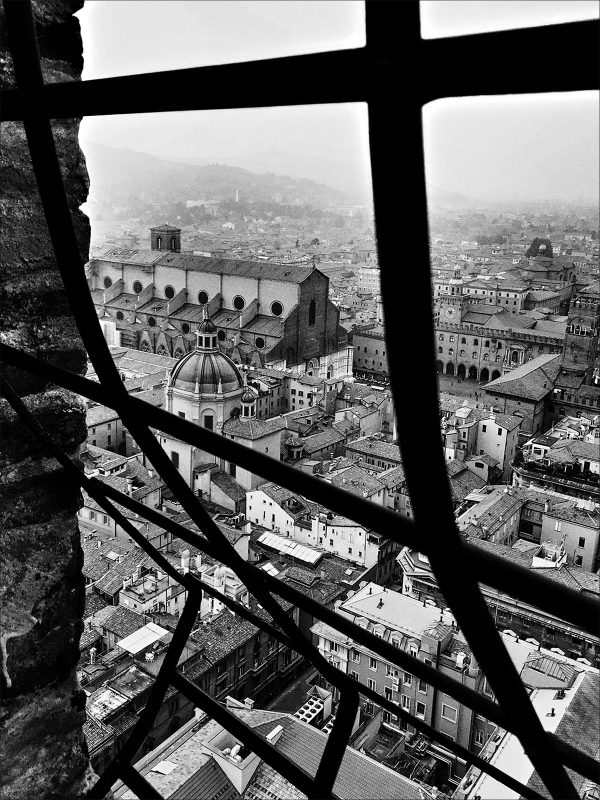 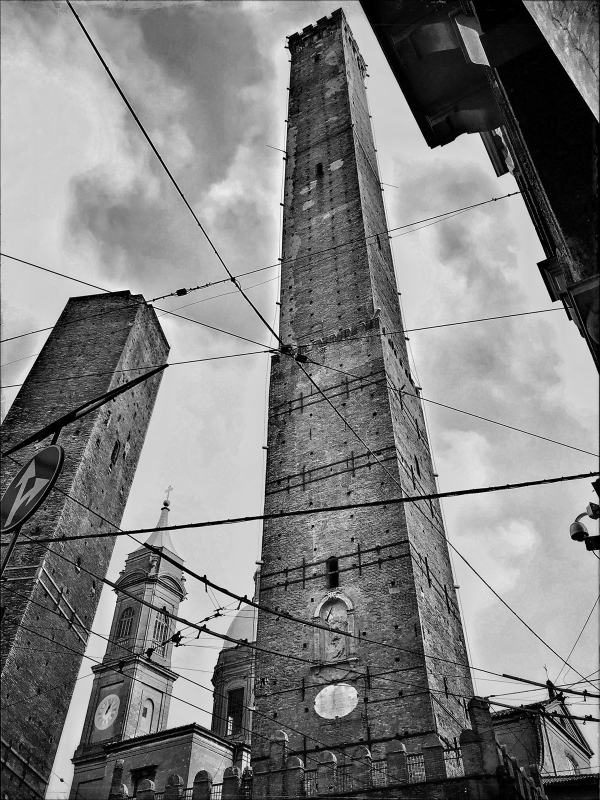 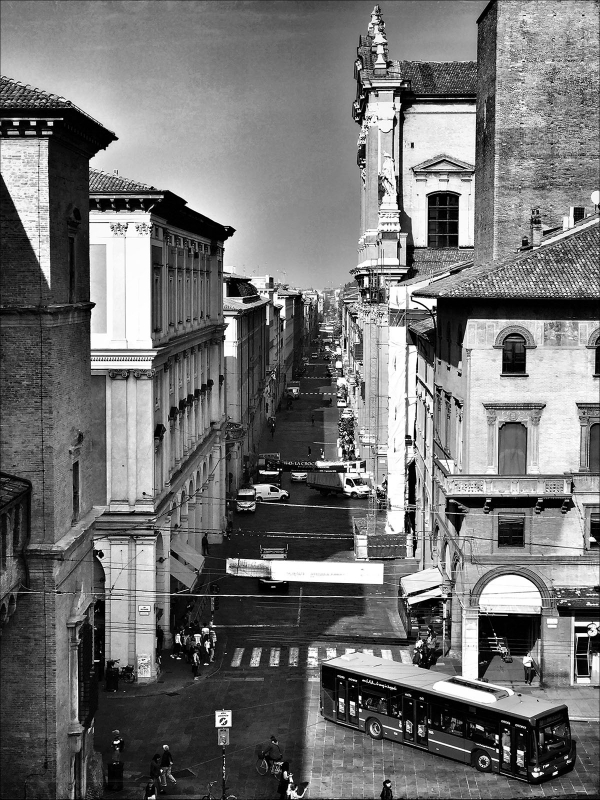 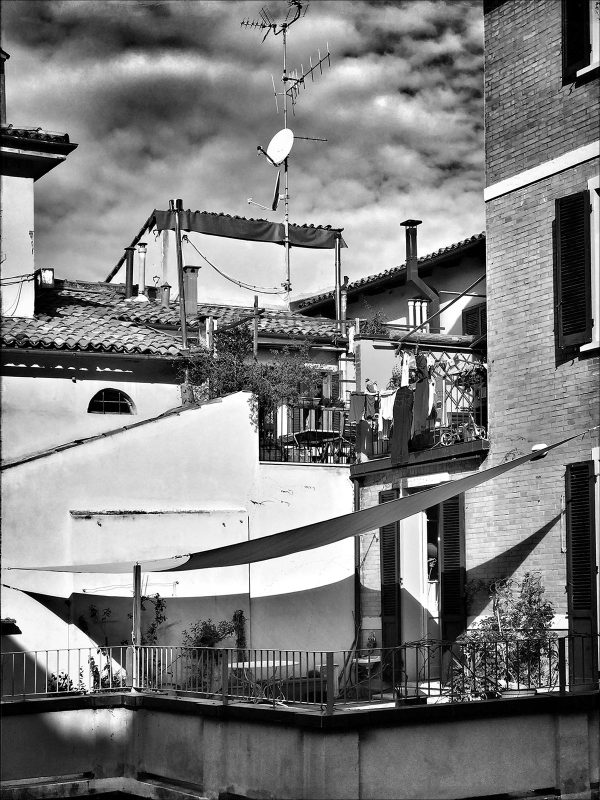 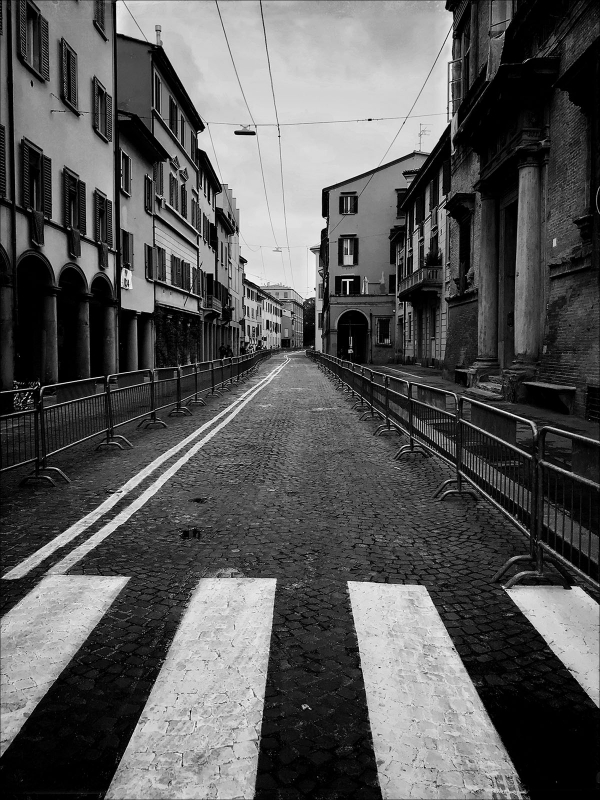 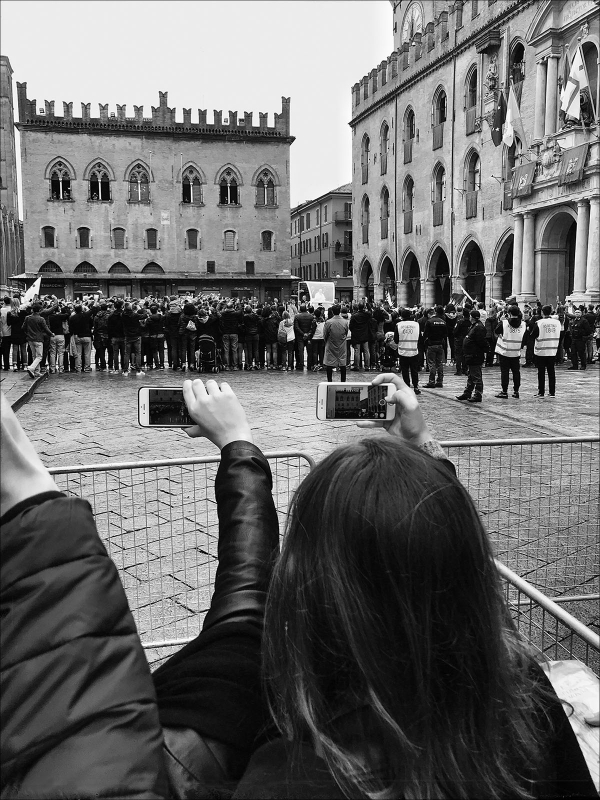 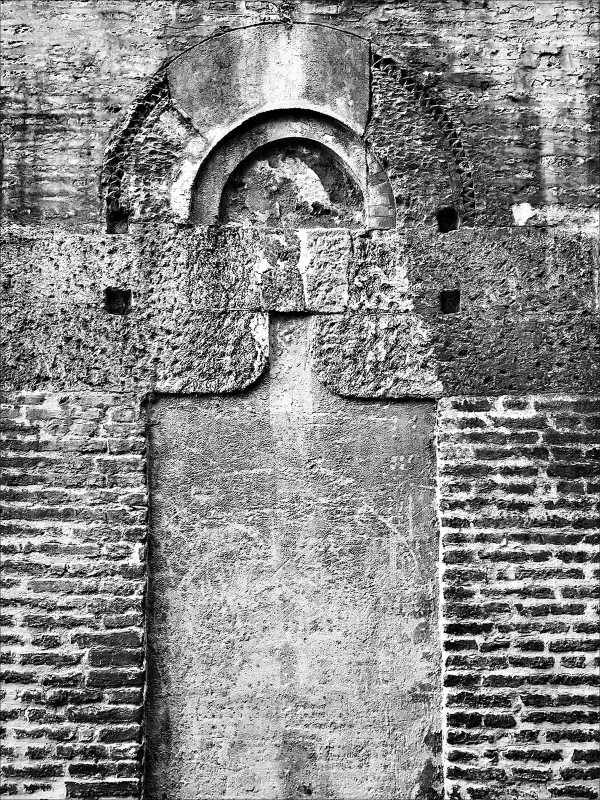 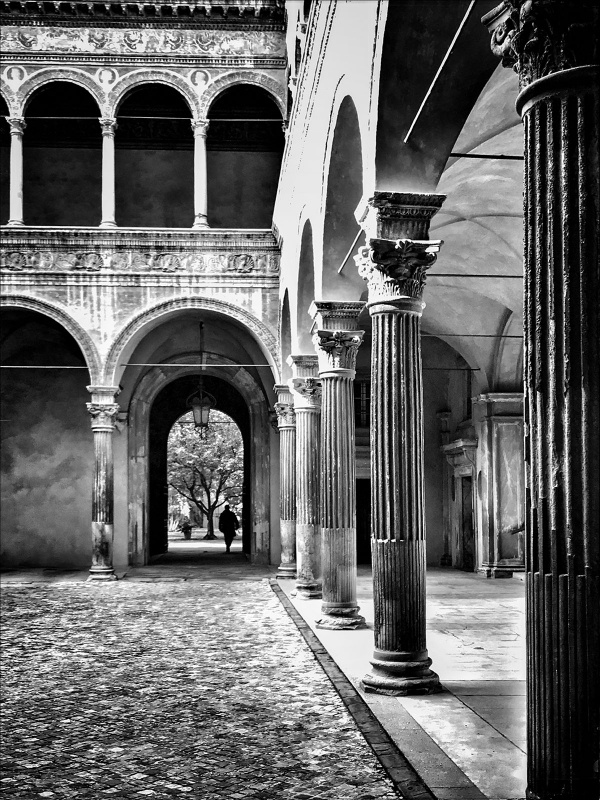 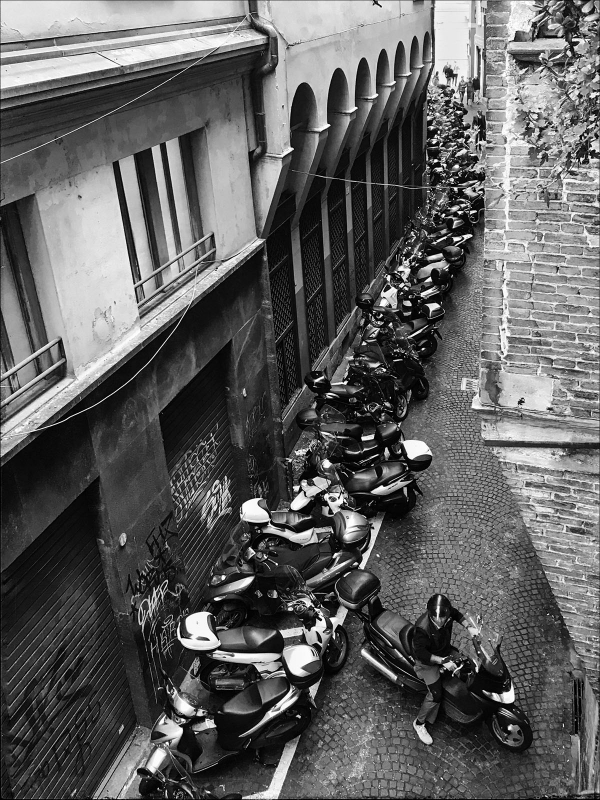 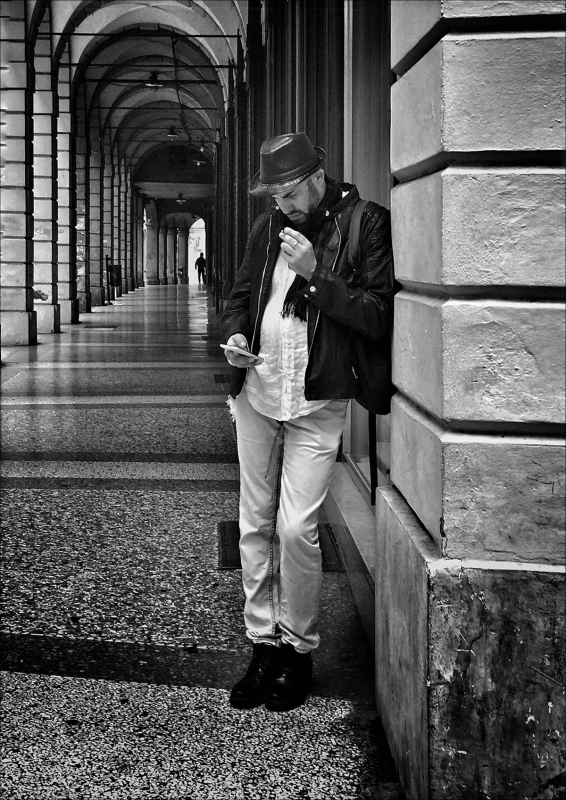 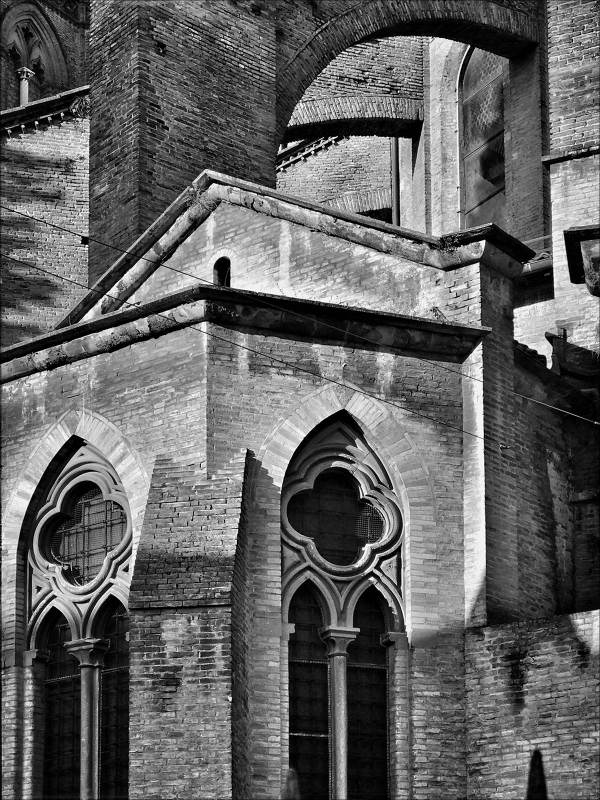 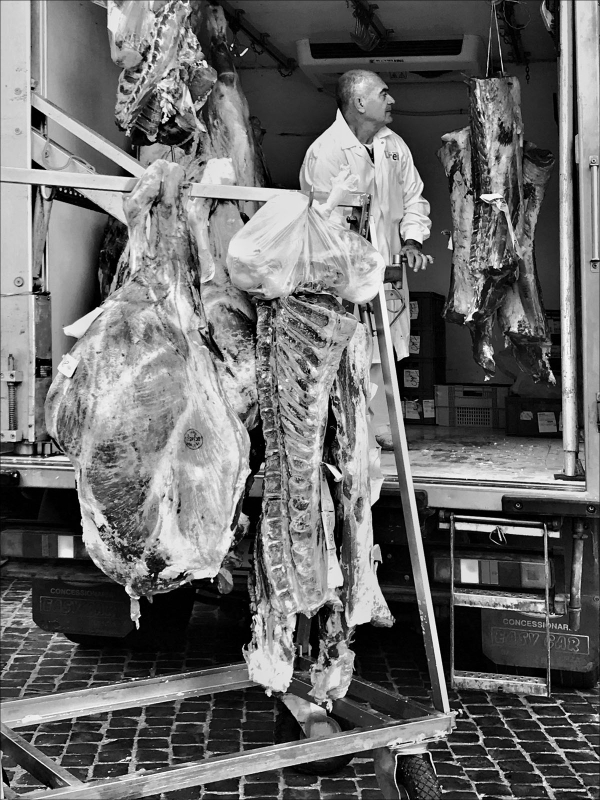 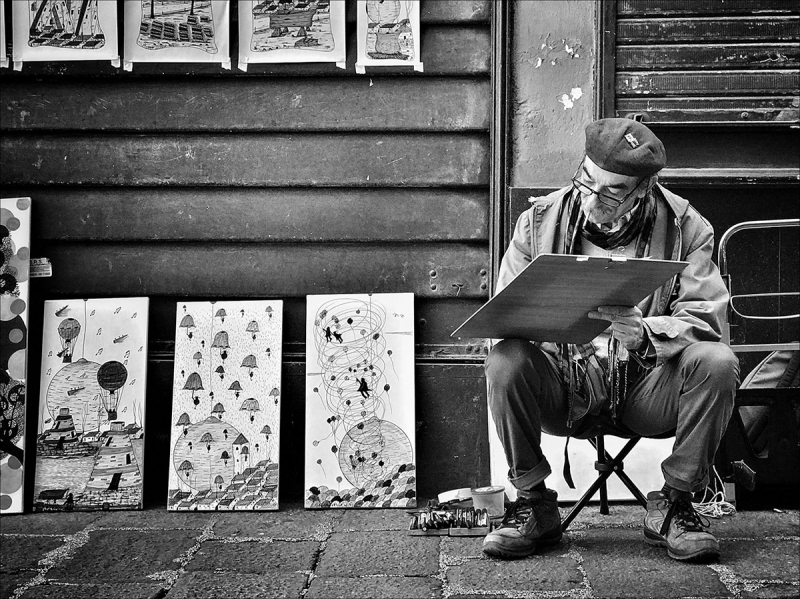 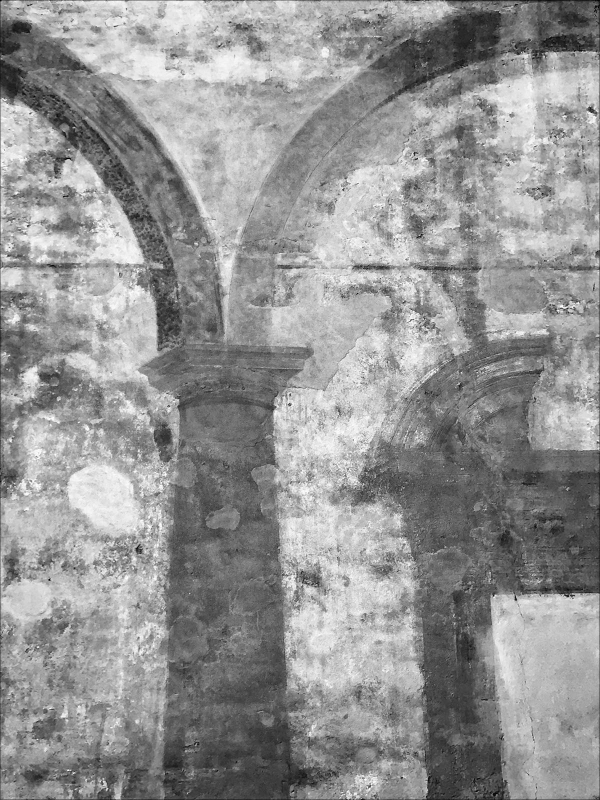 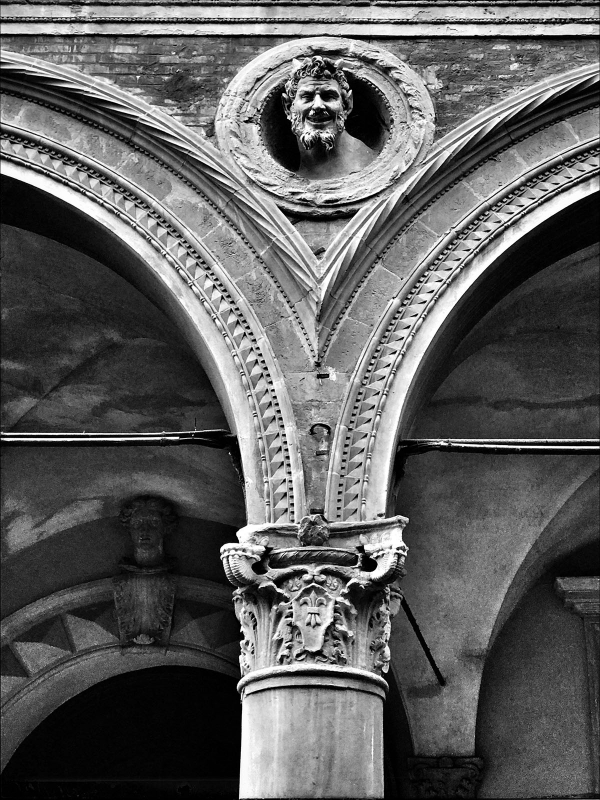 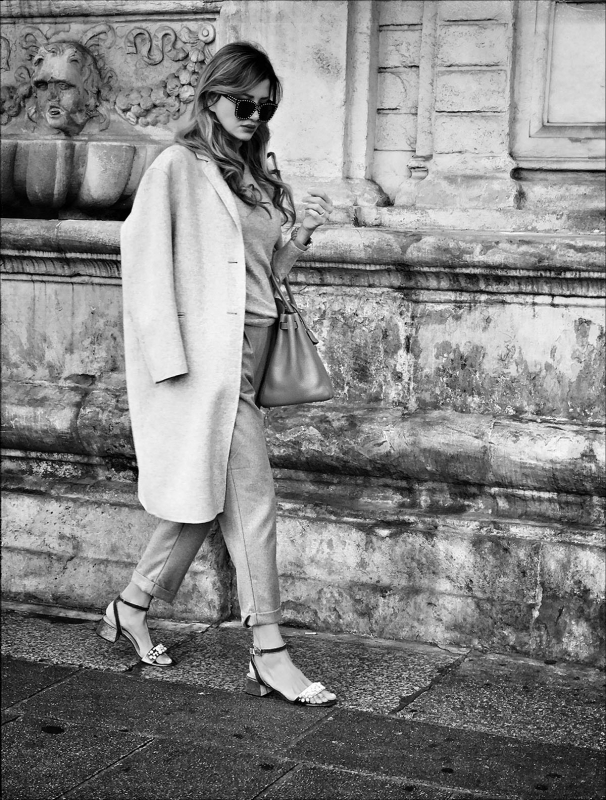 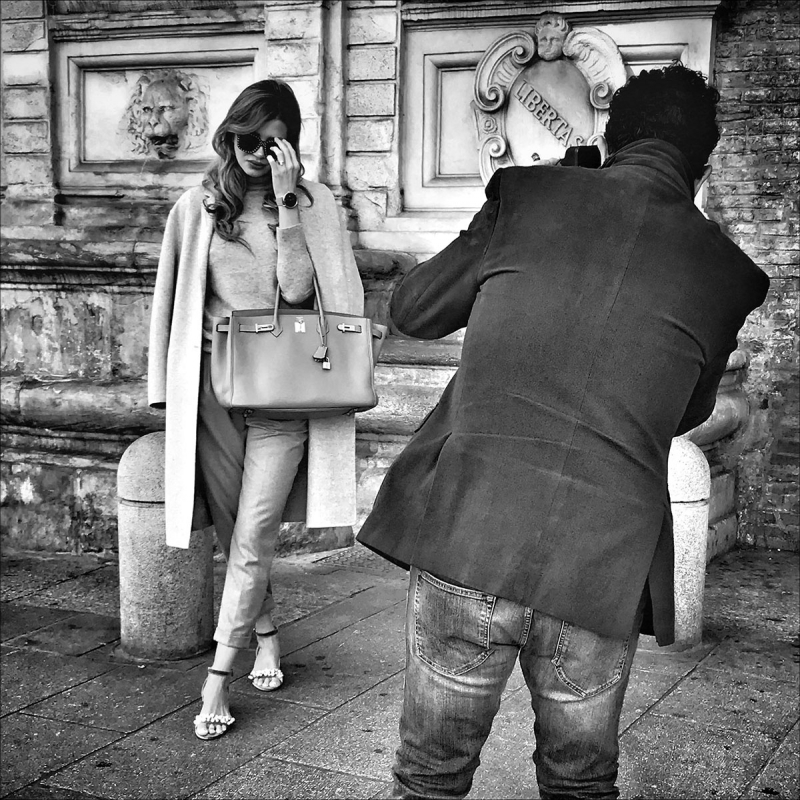 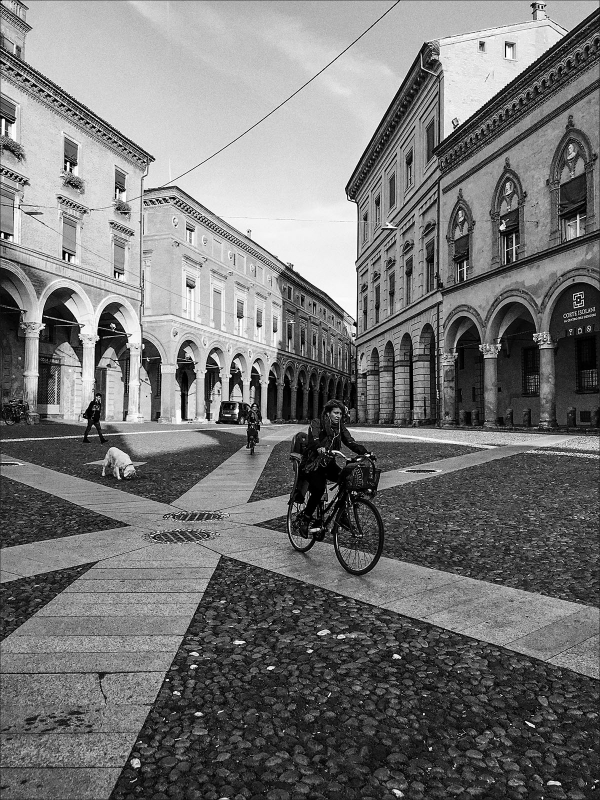 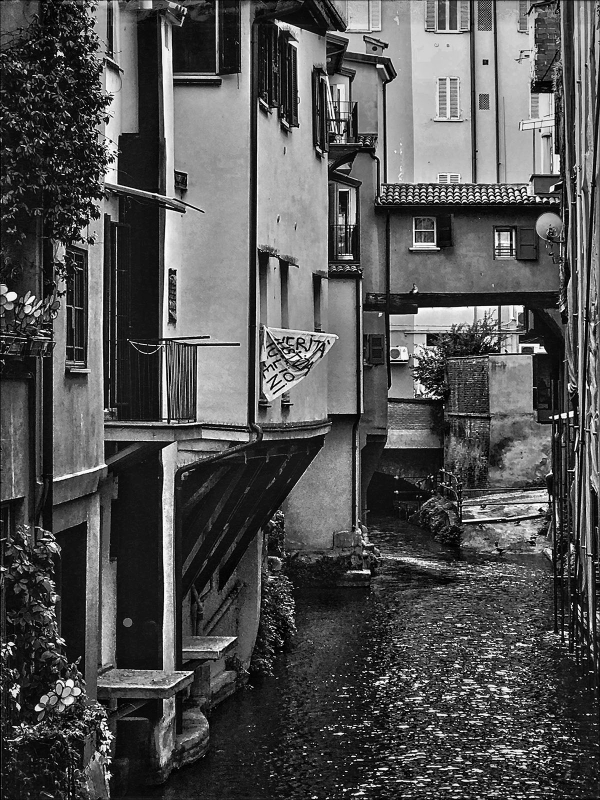 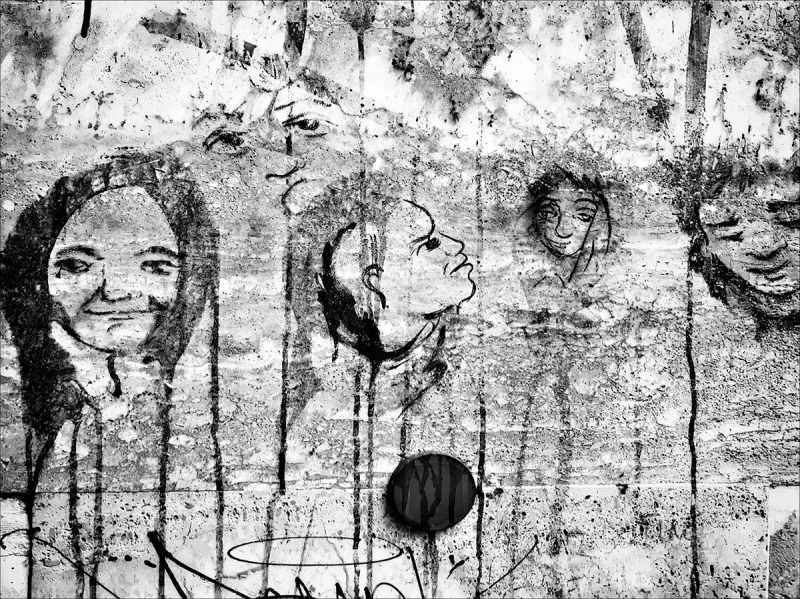 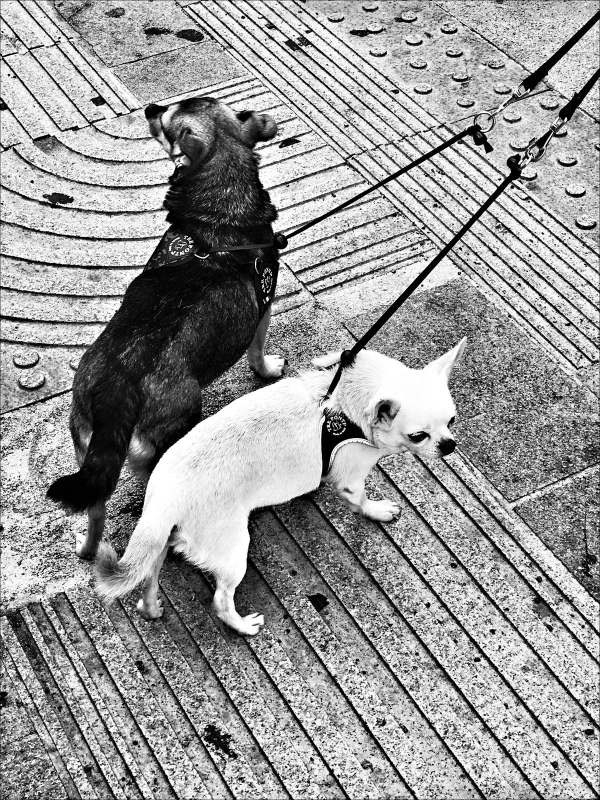 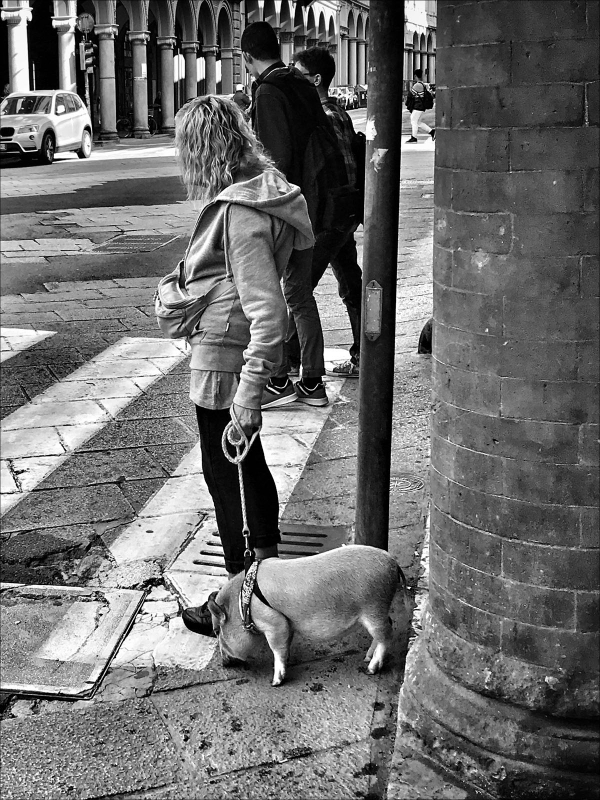 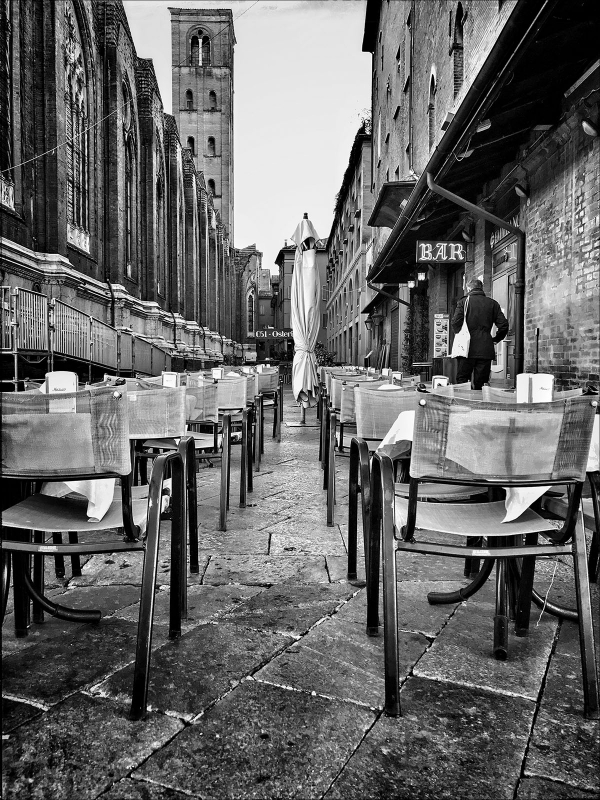 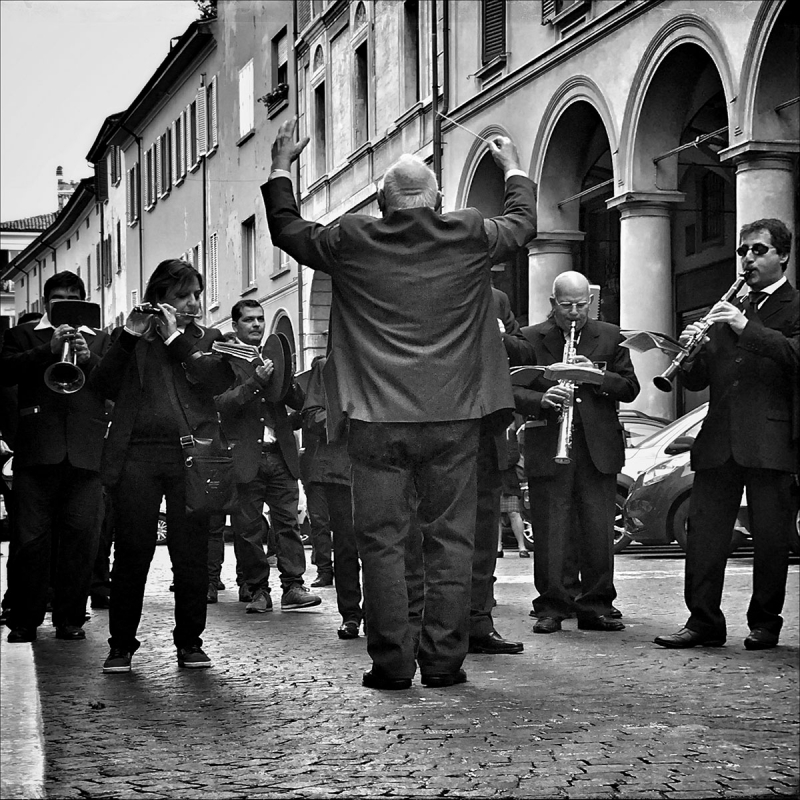 I travel to Italy to learn the language, to discover different regions of the country, and to experience how Italians live. Going to Italy for the first time, people often hopscotch from city to city—Rome to Venice to Florence—visiting the most popular attractions Italy has to offer. I prefer to stay in one place long enough to become part of a daily pattern of life. On this trip, I rented an apartment for one month and studied la bella lingua at Cultura Italiana in Bologna. Mary Tolaro Noyes narrates a similar experience in her memoir, Bologna Reflections. I used her book as a companion guidebook to discover Bologna’s hidden treasures. I used my camera to record its architecture and the people of this authentic city.

Bologna is renowned for its university, its cuisine and its traditional left-wing politics.

La Dotta: the learned one. The first university in Europe was founded in 1088 to revitalize the study of Roman Law. Dante Alighieri was one of its famous students. Schools of Liberal Arts included not only music, poetry, and art, but also alchemy and medicine. Human dissections were performed in the Teatro Anatomico. Today the city is bustling with over 80,000 students from all over the world enrolled at the Università di Bologna.

La Grassa: the fat. Emilia Romanga is the region of Italy famous for its prosciutto, Parmigiano- Reggiano, and balsamic vinegar. Mortadella is a distinct product of Bologna. At least 15% of this pink sausage is made of lard cubes, spices and pistachios. Traditionally the meat is pounded into a paste with a large mortar and pestle. In the Quadrilatero market center of Bologna, there are many food shops and salumerie selling the finest hams and cheeses.

Never contradict tradition. For a Bolognese it’s like insulting your mamma. Ragù is never served with spaghetti, but instead one must order Bolognese sauce with tagliatelle. A single thread of cooked tagliatelle, by law, must be 1/1,270th of the height of the Asinelli tower! Tortellini is served in brodo (in broth), NOT with meat sauce.

La Rossa: the red. Almost every roof in the city is made of terracotta tiles. Many building are constructed of mattoni (bricks). Bologna is known as La Rossa also for its political history. From the time of the Second World War, Bologna has been a stronghold of the Italian Communist Party.